So instead of just blogging about the financial aspect of buying a car (see New vs. Used) I figured why not have a little fun and write about the test drives as well. If nothing else it will help me keep a record of what I liked or disliked about each car and ultimately help me chose what to buy. 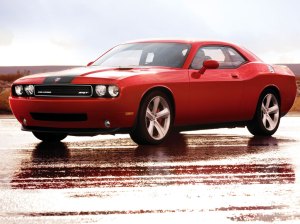 Now, I drove this car over a year ago (I wasn’t lying when I said I had been thinking about buying a car for a looooong time) so my memory may be a little rusty but I’ll do my best.

What I liked: The power, this guy had a kick! With a V8 hemi it would certainly be fun to drive. The exterior styling, this is one mean looking car, I especially like the front.

What I disliked: The interior styling, it’s just very bland, all one color, and nothing really to get excited about. No additional features beyond the standard power windows, locks, and a CD player. It might have had an AUX (iPod) input but I can’t remember, I’m sure it’s at least an option. The price, you are paying for great power and exterior styling in an otherwise ordinary car.

Other notes: The test drive was lackluster and I pretty much was only able to drive in a straight line, I would need to drive again to judge handling and overall drivability 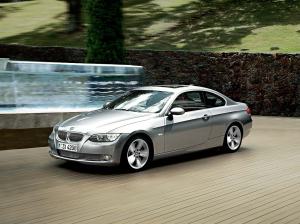 I was looking for a 2008 or 2009 model but, unfortunately the dealer did not have any in stock. However, he told me the 2008 – 2011 models of the 328i were all pretty much the same except for some options and small exterior styling cues.

What I liked: This is one sexy machine, I am a huge fan of the exterior styling of both the coupe and convertible 3 series models, the sedan is OK until you see its backside (wtf happened…). The interior was very nice, leather seats, nice trim, dual zone climate control, sunroof, power everything, etc. It just felt good to be sitting in the drivers’ seat, and actually got me excited about the car. The car itself just felt solid, I don’t know how else to explain it, perhaps it’s the build quality, but when you shut the door there is a solid thud, opposed to an echoy slam like some other cars. Immediate power when the gas was pressed, no waiting for the engine to rev up for the power to kick in.

What I disliked: For some reason I couldn’t figure out the damn radio, I kept turning it to AM and couldn’t switch back, I’m sure the sales guy was laughing at me in his head. Actually the whole control panel for the A/C – radio was a little confusing…maybe I’m too used to my simple controls. I thought the car would be a little peppier than it was, I didn’t feel the umpfh of being pushed back in my seat when I punched it. It was hard to tell how fast I was going.

Other notes: At first I wasn’t too impressed with the test drive but the more I think about it the more I like the car, I would certainly need to give it another test drive before I could say I would buy one.